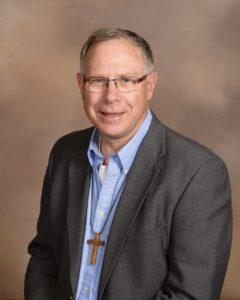 Rev. Dr. Jeff Sorenson has been serving as Senior Administrative Pastor of the Lutheran Church of Dell Rapids since August, 2016. Prior to coming to Dells, he served congregations in Sioux Falls, Madison, Aberdeen, and Edgemont, SD, and as an Assistant to the Bishop of the South Dakota Synod, ELCA.

Pastor Jeff’s early years were on a farm in northern Minnesota. His education includes degrees from the University of Minnesota, Crookston and North Dakota State University, Fargo in Animal Science, and a Master of Divinity and a Doctor of Ministry from Luther Seminary, St Paul.

His wife, Siri is Senior Pastor of Grace Lutheran Church in Sioux Falls. Their family includes a daughter, Anna who is a senior, and son, Jorey who is a freshman at Brandon Valley High School. He also has two grown sons Mike (Alliance, NE) and Wayne with his three children (Aberdeen, SD).

His family lives on an acreage north of Brandon. For fun, he loves to be outdoors – hunting, tending a large garden, caring for their acreage, and “playing” with a small herd of beef cattle that spend their summers there.

Pastor Jeff enjoys people of all sorts, especially kids, loves to preach and preside at worship, to be creative, and to encourage a congregation to grow in our service to God’s mission.

He also loves coffee; so invite him for coffee to get acquainted! 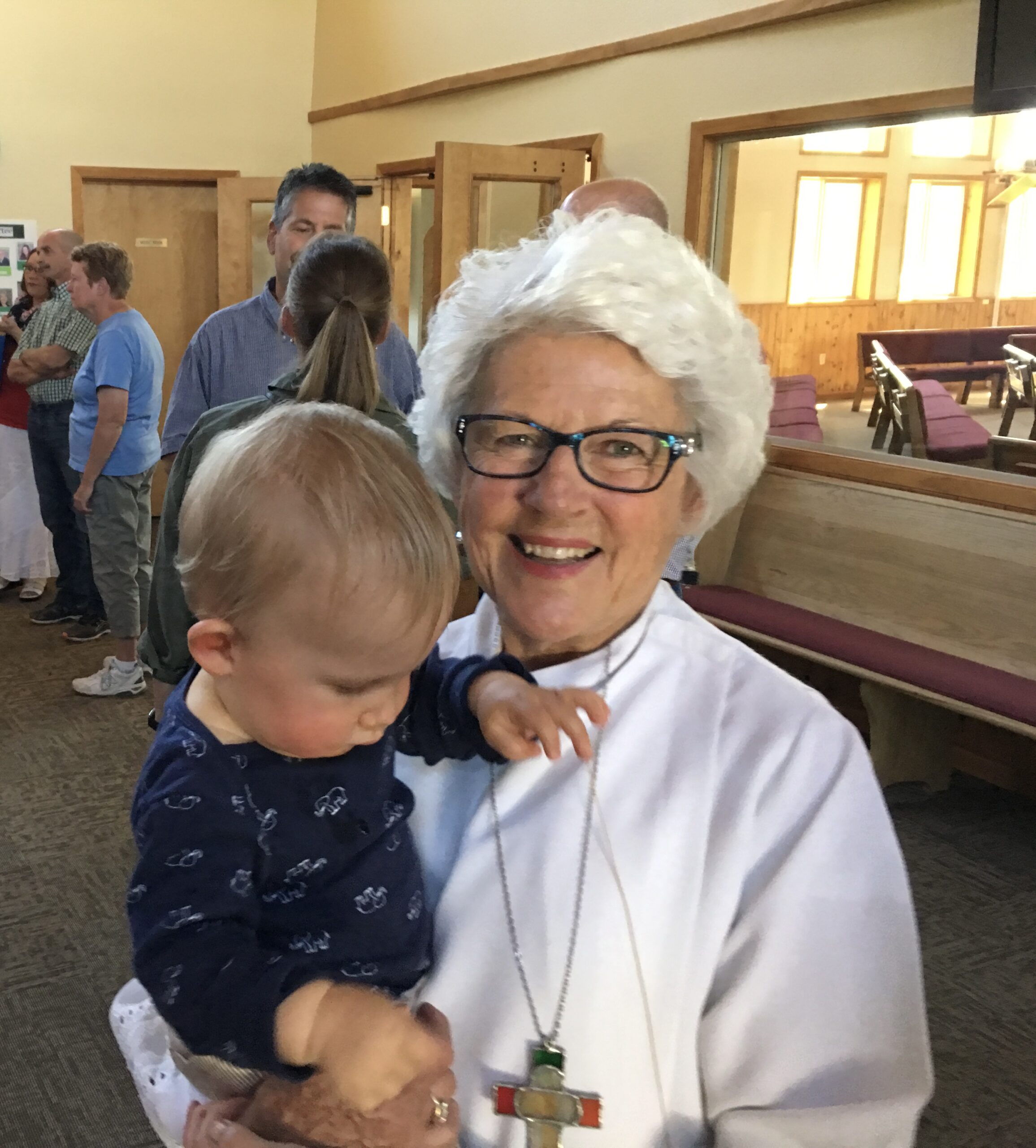 Pat has been serving as our Senior and Intergenerational Ministry Leader since September 2022. She assists with worship, ministers among our seniors, and develops opportunities for intergenerational ministry between seniors and other age groups.

Pat and her husband Roe grew up in Sioux Falls, then lived for 30 years, raised their family, and had the Eidsness Funeral Home in Brookings, SD. Pat was commissioned an Associate in Ministry in 2005. She was on synod staff with Pastor Jeff for 5 years, where she served as Director of Faith Family Style. She has served numerous Churches, most recently as interim pastor at Springdale Lutheran Church in rural Sioux Falls. Roe and Pat together were the mission developers for WestSide Lutheran church, a new ELCA mission start in NW Sioux Falls.

Pat loves biking, walking, reading, cooking, and anything to do with family fun. Roe and Pat have four children, 14 grandchildren, and 9 great-grandchildren (with two more on the way!) 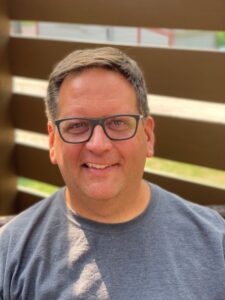 John Pollmann began his role as Youth and Worship Leader in August 2021. Prior to his work at LCDR, John was a music educator for over 20 years in South Dakota, Arizona and Minnesota.

John is a native of Dell Rapids and was baptized and confirmed at LCDR. He holds a Bachelor of Arts Degree in Music Education from Augustana University, and a Master of Music Degree in Choral Conducting from Northern Arizona University.

John and his wife, Amber, live in Dell Rapids with their two sons, Miles and Max, and their yellow Lab, Buddy. They enjoy traveling, camping, going to plays and musicals, and otherwise spending time together as a family.

In addition to his work at LCDR, John loves to read, cook and hunt. He is also an outdoor writer and currently provides content for a number of state, regional and national publications. 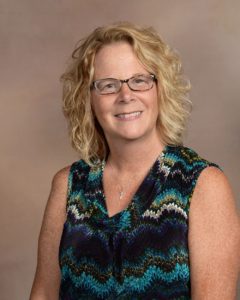 Darcie has been serving as the Education Director since May of 2012. Darcie works with the Education Committee and coordinates Sunday School volunteers and curriculum. She also helps coordinate Vacation Bible School with the other area churches. You can find her most Sunday mornings running around making sure everything is running smoothly and teachers, helpers, and kids have everything they need! Darcie and her husband Kevin keep very busy with their three children: Alex, Maddie, and Ethan. You might also find her occasionally filling in during worship, as she loves to play the piano. 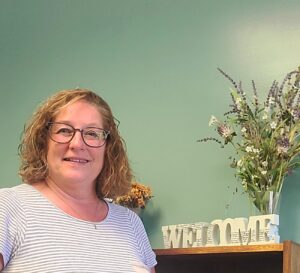 Deb started as the Office Administrator in April 2022. In addition to answering phones, she designs the monthly newsletter, prepares the weekly bulletins and announcements, prepares the Annual Report and coordinates the Church council packets each month. She also maintains member information and works closely with the Pastor to keep things running smoothly at LCDR. Call anytime!

Debbie has a Bachelor of Arts in Math Education. Debbie retired from teaching the spring of 2022 and joined the LCDR staff. In addition to teaching at DRHS,  she was the director of the Dell Rapids Public Library for 19 years.

Debbie and her husband Ross have four children who all attended school in Dell Rapids. Ross and Debbie spend most of their free time with their four children and eleven grandchildren.