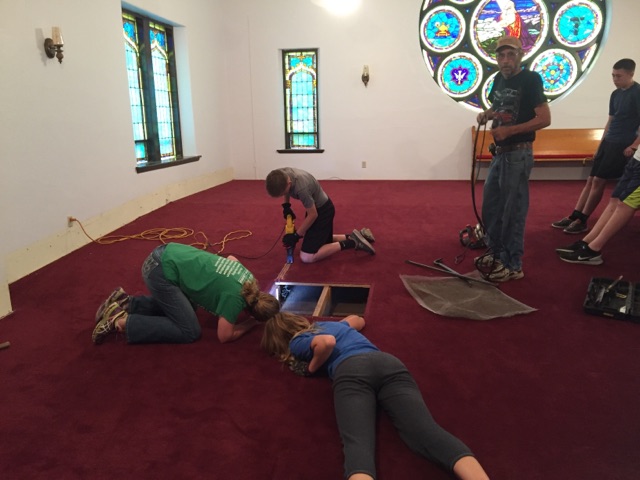 The Lutheran Church of Dell Rapids was formed in March 1918 when Stordahl Church and St. Peter’s Lutheran congregations consolidated. The St. Peter’s Church was used for worship and Stordahl’s parsonage was used as the parsonage. On March 29, 1918 it was decided to enlarge the present church building and dig a basement under the new addition and a part of the old structure. A bell was placed in the church tower in 1921 and a new addition to the church was completed in 1923 at a cost of $4,000. The art window project began in 1936 and was completed in time for the church’s 75th anniversary. The pipe organ was installed in the fall of 1947, along with rebuilding the chancel, extending the choir stall, and other renovations. The Ray Wood property was purchased in 1959 and the construction of the Education Unit was begun in 1960. The facility provided eight large and five small classrooms for the Sunday School space. In 2003, the new sanctuary was completed.  The congregation voted in April 2016 to renovate the original chapel.

In April 2016, the LCDR congregation voted to renovate the original chapel so that it could be utilized for more worship and youth activities. Members of the chapel renovation committee are: Steve Munk, Ron Visser, Wayne Coffaa, Allen Brown, Bill Nelson, Lisa Wilber, Gaylon Trygstad, Pete Torgusen, Dave Bredlow, Sue Bredlow. If you would like to donate to the chapel renovation fund, please contact Office Administrator, Deb Huska, at lcdr@siouxvalley.net 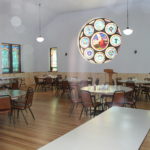 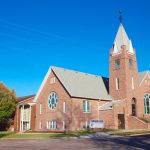 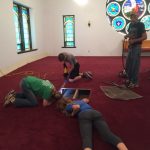 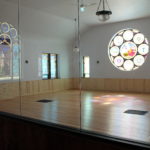 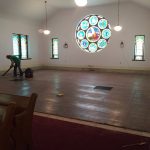 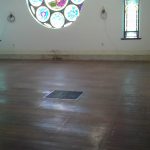 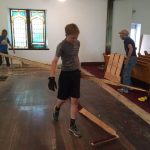 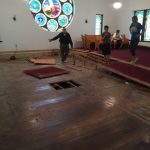 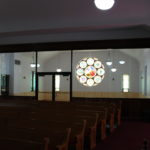 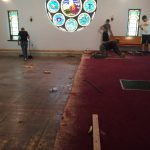 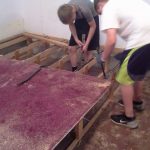 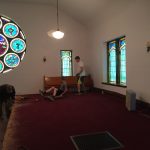 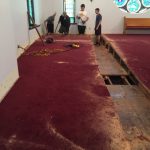 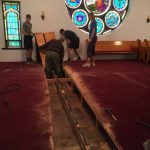